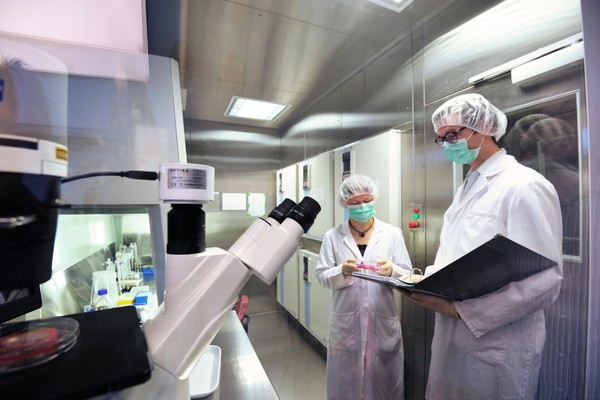 Screening Services for the Pre-Clinical Development of Neuro-Pharmaceuticals

NeuroProof as a contract research organization is a global leader and preferred partner in the field of microelectrode array (MEA)-based phenotypic screening of primary cultures or hiPSC derived neuronal cultures. NeuroProof offers screening services and state-of-the-art mathematical expertise for the artificial intelligence based analysis of test agents on neuronal network activity.

Functional and phenotypic screening has enormous importance in CNS drug discovery. NeuroProof offers in vitro disease models which incorporate the advantages of the phenotypic screening approach. In vitro CNS disease models contain complex neuronal cell cultures and are a real alternative to animal models in the early phases of drug development and compound profiling.

MEA neurochips are a valuable tool to detect compound effects on neuronal maturation. By use of the MEA-neurochip technology we can directly monitor and characterize maturation of primary mouse or human iPSC-derived network activity in electrically active neuronal networks.

We have demonstrated, in many examples a receptor validation with standard pharmacology methods. For this, we pretreat cultures with a confirmed antagonist of a specific receptor and test a compound in an MEA experiment if this pretreatment neutralizes the compound effect.

In combination with our MEA analysis or as a stand-alone service we provide a complete report for toxicity profiling and safety screening including information about acute or chronic cell viability, and cytotoxicity.

Parkinson’s disease (PD) is caused by specific loss of dopaminergic neurons in the substantia nigra/midbrain and resulting lack of neuronal signals into the striatum which leads to motor and cognitive dysfunctions. Parkinson’s disease etiology is only partially understood. Disease models cover a wide range of approaches by using Parkinsonism provoking agents as MPP+, Rhotenon, or 6-OHDA or modeling this neurodegenerative disease with suspected disease-relevant proteins as alpha-synuclein filaments.

Alzheimer’s disease (AD) is caused by soluble beta amyloid, Abeta, aggregates/oligomers leading to neuro-degeneration and cognitive impairment which is one of the major hallmarks in AD.

Fragile X syndrome is the most common form of inherited cognitive disability. FXS patients also show symptoms that belong to the autism spectrum disorder symptoms. FXS is a neuro-developmental disease with about a prevalence of 1:5000 in males and 1:8000 in females.

Epilepsy is one of the most common neurological disorders worldwide. The term epilepsy comprises a variety of different syndromes which all have the occurrence of recurrent unprovoked seizures in common. Although most patients become seizure-free on antiepileptic drugs, about 20-30% of patients continue to have seizures. For those patients no adequate pharmacological treatment is available yet.

ALS models based on human iPSC-derived spinal motor neurons with disease-relevant mutations have the potential to help develop new urgently needed ALS therapies the more they are well-validated.